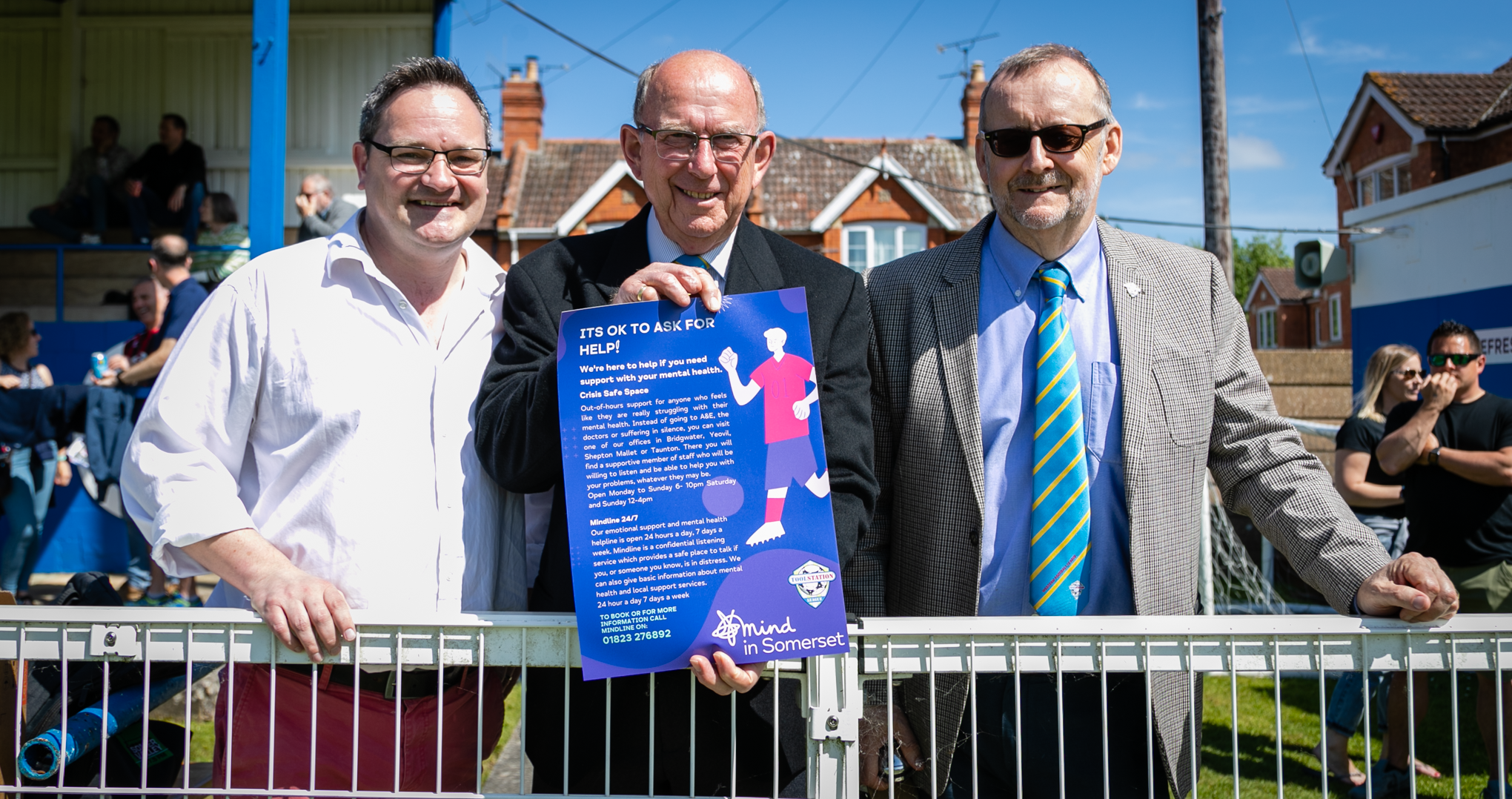 To help mark Mental Health Awareness Week, the Toolstation Western League invited Mind in Somerset to join them at their League Cup Final in Wells on May 14th. Mind in Somerset provided specially designed posters, which were presented to Wells City Football Club, who hosted this seasons Les Phillips Cup Final between Cadbury Heath and Bridgwater United. The posters will be hung in the changing rooms next season, promoting support services that young footballers can access if they are looking for support with their mental health.

Ian Nockolds, Communications Officer for the Toolstation Western League said: “Our Clubs are such an important part of the communities they represent, particularly in a county like Somerset. I’m so pleased with how Mind in Somerset have welcomed the chance to work with us. We’ve started a really important conversation about mental health here today and I’m really looking forward to working with Mind in Somerset next season. I know this campaign means a lot to our Clubs and I’m hoping the progress we make in Somerset can be taken to other local Mind charities across our League footprint.”

Fundraisers Sara Warren and Anne Marie Russ collected £229.20 from spectators at the League Cup final, promoting the support services offered by Mind in Somerset to football fans and volunteers. This latest initiative follows the success of the partnership the Western League forged with Bath Mind earlier this year, which helped to raise over £1,200 for the charity.

Anne-Marie Russ, a Community Fundraiser for Mind in Somerset said: “It’s been an absolute pleasure working with Ian and the Toolstation Western League organisers and amazing fans. We look forward to a long and successful collaboration with the league and all the clubs in our region.”

Over the next football season the Toolstation Western League plan to extend this campaign across all of its 42 member Clubs, located from Wiltshire to Cornwall.